Start a Wiki
The Museum Of The Weird was to have been a Madame Tussaud's-like attraction inside The Haunted Mansion's entrance. It would have been themed around being a museum of paranormal oddities in a fantastical setting.

Designed and created by Rolly Crump and Yale Gracey, this attraction within an attraction was to have been a spill area, showcasing an unnerving display of oddities from all corners of the world.

Such oddities included a melting candle man, Romani and Voodoo artifacts, a chair that stood up and talked with guests, a appearing and disappearing organist, among other trinkets and items.

The Museum of the Weird was conceptualized by imagineer and artist Rolly Crump.

In 1965, Rolly Crump appeared alongside a diorama of the Museum in the Disneyland 10th Anniversary episode of Walt Disney’s Wonderful World of Color. Here we see Walt Disney and, "Disneyland ambassador"  Julie Reihm being shown the museum with some of the would-be attraction's effects.

Ultimately the attraction would stop being developed.

Though the attraction was ultimately scrapped in the end, when the Haunted Mansion became a ride-thru, many of the concepts and illusions made it into the final attraction. This includes:

There are also similarities between the Museum and 2013 attraction Mystic Manor, in that they both feature strange and unusual artifacts from around the world that come to life. This includes featuring a man-eating plant.

In 2010, there was renewed interest in the Museum Of The Weird. This time as a Walt Disney Pictures feature.

Seekers of the Weird

In 2013, Disney comics and the recently purchased Marvel Comics began developing a comic known as Seekers Of The Weird which would be part of their Disney Kingdoms line of comics based off of Disney Parks.

In this series, The Museum of the Wyrd is a secret facility in New Orleans which is controlled by an organization known as, The Wardens. The museum is used to seal away supernatural threats from the rest of the world. It is depicted as being a floating island with mystic plant-life and vast architecture on it.

In the story, the Mistress of Evil from the attraction is the leader of a group known as the Shadow Society which breaks into the museum to release an entity known as the Reaper King from the coffin clock. They would succeed, only to be stripped of their immortality by the Reaper King who himself was resealed by the story's protagonists.

The Marvel Comics incarnation of the Museum made a cameo as one of many supernatural locations connected to the Haunted Mansion via the Endless Staircase in the Ghostly Materials Gallery. 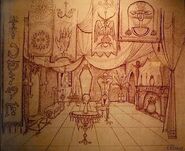 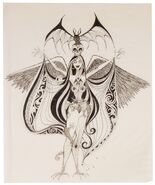 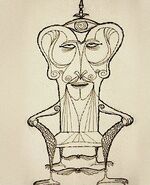 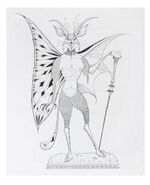 Man-eating plant
Add a photo to this gallery

Retrieved from "https://hauntedmansion.fandom.com/wiki/Museum_Of_The_Weird?oldid=15611"
Community content is available under CC-BY-SA unless otherwise noted.