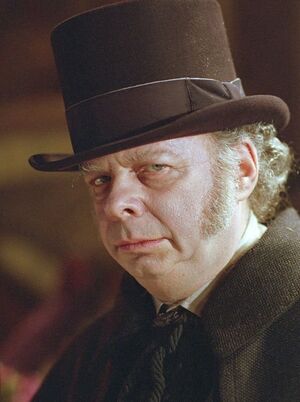 Ezra is a character played by Wallace Shawn in the 2003 film.

Ezra was a footman of Gracey Manor who was married to the maid, Emma. After they died, their ghosts haunted the mansion. Eventually, the curse upon the house was broken, and Ezra ascended to Heaven with the rest of the spirits.

Retrieved from "https://hauntedmansion.fandom.com/wiki/Ezra_(footman)?oldid=7952"
Community content is available under CC-BY-SA unless otherwise noted.