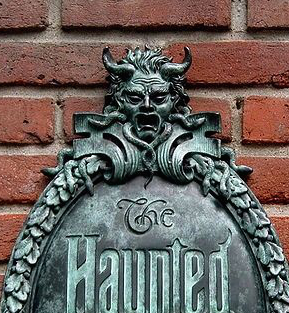 On the plaque of the Haunted Mansion in Disneyland and Walt Disney World is the sculpted head of a screaming devil.

The man has wrinkles on his forehead, thick eyebrows and mad, flowing hair. Two horns protrude from his head. He seems to be screaming in pain. Two snakes seem to be strangling him, and he wears a high collar.

The plaque in Tokyo features a wailing skull instead of the devil sculpt. The devil head is still used however in the form of a derelict fountain.

In concept-art, the Ghost Host was not going to talk to the guests in the Foyer as a disembodied voice, but from an animated bust, which, as he spoke, would slowly morph from a stern-looking but overall earthly appearance to a cackling demon (a similar idea was kept with the Aging Man portrait in Walt Disney World, although the voice of the Ghost Host does not come from the painting). The Devil Face on the plaque seems a survivance of the Bust's demonic design. Thus, it is possible that this is actually one of the few physical appearances of the Ghost Host seen in the Mansion. 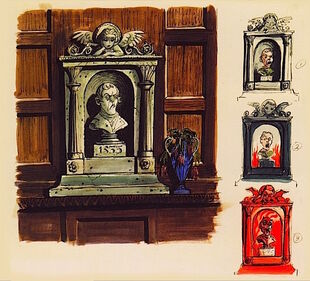 Concept art for the Morphing Bust in the foyer. 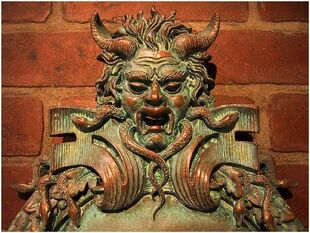 Close-up of the Devil's face. 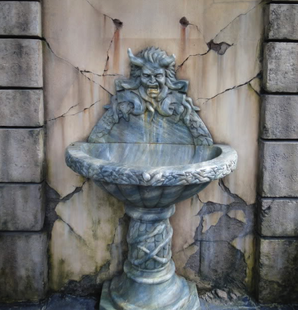 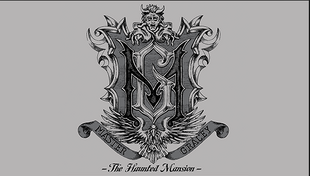 Retrieved from "https://hauntedmansion.fandom.com/wiki/Devil?oldid=12013"
Community content is available under CC-BY-SA unless otherwise noted.