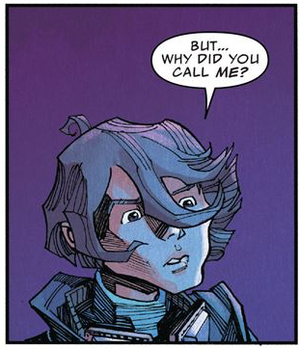 Danny is a teenage boy who lives not far from the Haunted Mansion in New Orleans, Louisiana. He was extremely fond of his grandfather, an adventurous globe-trotter, but was always ashamed of not living up to his grandfather's courage, as he was actually quite the scaredy-cat. He was terribly hurt when his grandfather died in an avalanche on the Matterhorn; however, he was soon called by Madame Leota to the Mansion (which had always fascinated him even though he didn't dare enter it) to rescue his grandfather's ghost, who had been trapped there, which Danny thought was the worst thing that could happen in the afterlife to such an ever-moving traveler.